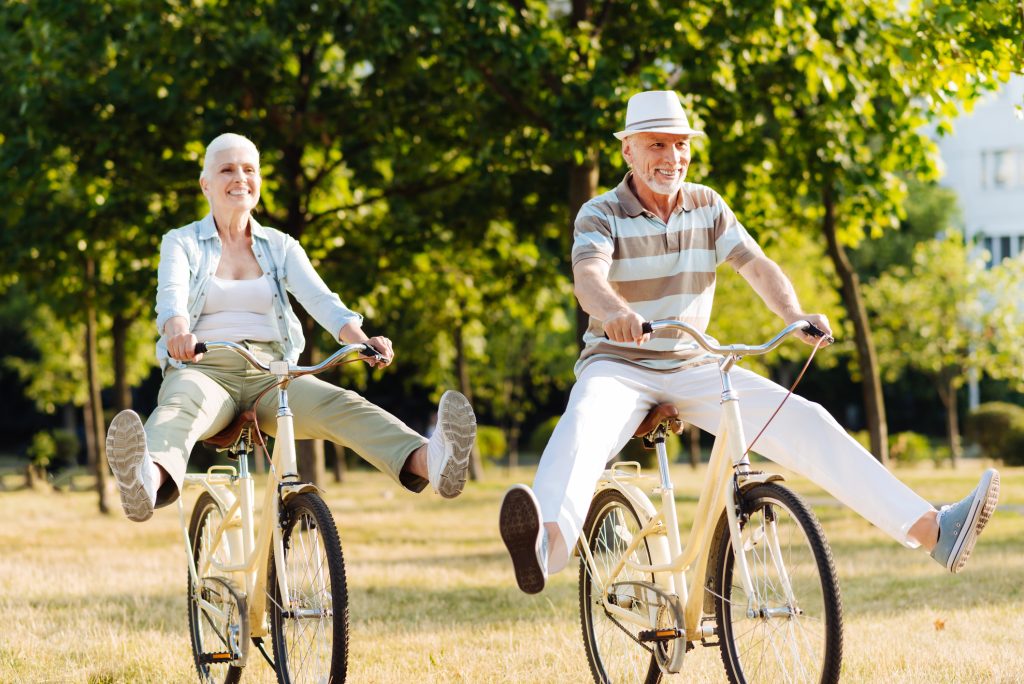 Our culture is very youth-focused, but we all instinctively feel reverence for people who have experienced much and gained wisdom from their long years. A positive attitude towards aging can go a long way towards finding happiness in retirement by giving us something to look forward to. Here are some wise words about aging.

“How old would you be if you didn’t know how old you were?”

“I have reached an age when, if someone tells me to wear socks, I don’t have to.”

It’s unclear why Einstein would have been opposed to wearing socks, but the spirit of his message rings true. Research shows that older adults feel more comfortable expressing themselves, rather than feeling constrained by social norms. At a certain point, you’ve learned enough to feel confident in expressing your views and know that younger people have no business telling you to stop.

“Grow old along with me! The best is yet to be.”

The poet and playwright Robert Browning produced his most enduring work in middle age and after. His positive attitude towards aging was arguably less warranted during the Victorian era in which he lived than it would be now – in a time when medical advancements make aging far easier. His words are especially true of those who are retiring and have so much to look forward to in that new phase of life.

“For the unlearned, old age is winter; For the learned, it is the season of harvest.”

Traditionally, spring is associated with youth, summer with adolescence, and winter with old age. But what about autumn? If your post-retirement life is your autumn, it can be filled with enjoying the fruits of your labor. Enjoying the money you’ve earned over a long career, more free time, and your family and friends is your right in retirement.

Remember – age before beauty. There is so much to celebrate later in life when you have accomplishments to be proud of and time to enjoy yourself. We want to help you get to and through retirement by focusing on the financial part of retirement so that you don’t have to. We can work with you to create a comprehensive retirement plan that fits your unique retirement goals. Handle Life’s Busy Seasons Like An Accountant During Tax Season Age Does Come Before Beauty